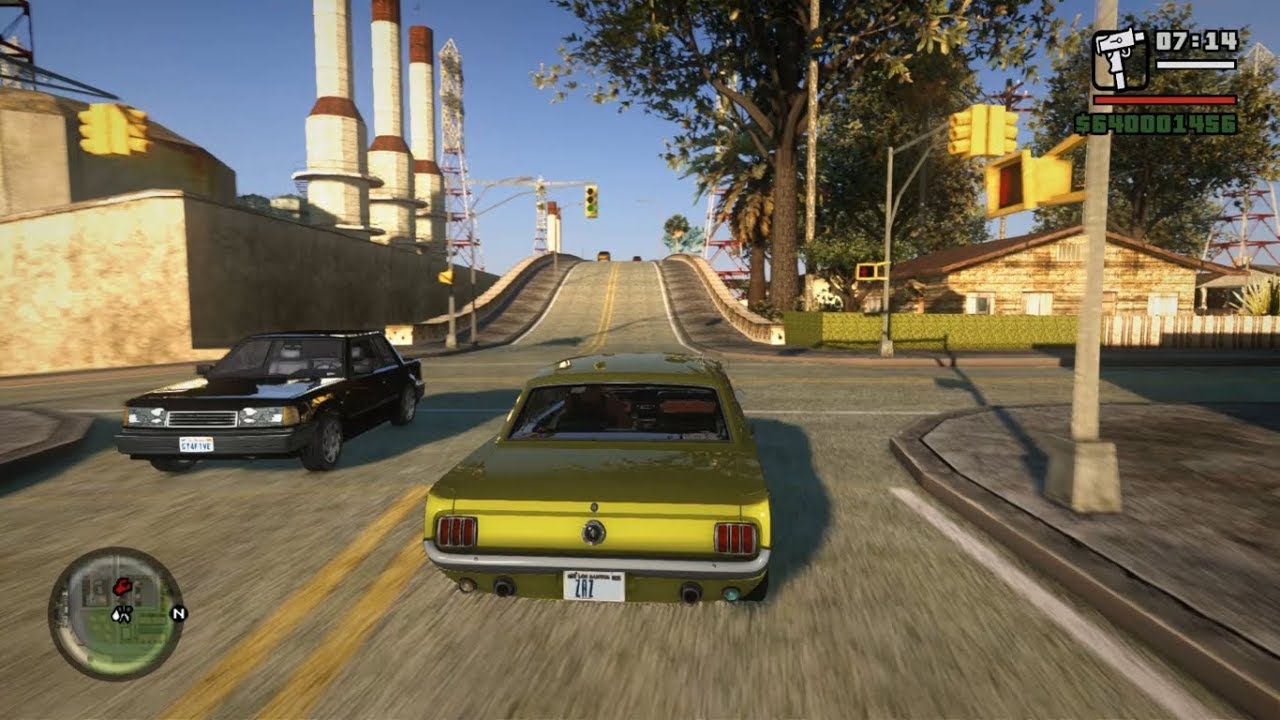 Open world games are extremely popular these days. This is true, especially for the Grand Theft Auto series. The series started in 1997 but Rockstar Games are still pumping out installments to this ever-popular series. But it’s even more impressive that their games are still being played even if they were released years and decades ago.

One such game is Grand Theft Auto San Andreas. Originally released in 2004, this game catapulted the series to stardom. Because back then, the graphics and the gameplay were advanced that everyone was stunned. This game brought a lot of advancements and memories to those who played. And now, it’s available for mobile phones! If you want to know more about this awesome game, read on!

The plot of Grand Theft Auto San Andreas starts with Carl Johnson leaving Los Santos, San Andreas. He left because the city was on the verge of chaos as gang wars, corruption and drugs were prevalent. After 5 years, it’s now the 90s and Carl needs to get home. His mother has been murdered, his family is being tied together by a thin paper and his friends are all headed to their doom.

Upon his return to his neighborhood, some corrupt cops began framing him for a homicide he didn’t commit. He’s now forced to undertake a journey across San Andreas to make everything back to normal. Grand Theft Auto San Andreas takes all the good things from its predecessors and makes it even better. It’s still a role-playing game in an open world but this time, there are a lot more action and drama.

There are tons of missions to complete in this game and each of them becomes increasingly difficult. In this game, you’ll face off against gangsters, the mafia, and the cops as you complete the necessary missions. But most importantly, this is a game that will truly make your love for open-world games flourish!

Even today, Grand Theft Auto San Andreas still packs some serious features that would even put some games to shame. Mind you, the game was released more than a decade ago but people are still playing it today! Why? Here are the features:

Incredible graphics – As mentioned earlier, Grand Theft Auto San Andreas is still a beast even by today’s standards. However, to optimize it for mobile gameplay, Rockstar Games remastered this game so that the graphics would be compatible with all devices. This included lighting enhancements, an enriched color palette, and character remodeling. Everything is re-designed to give it a new look but still has the same gameplay that we all love.

Tons of missions – In this game, the missions are the stars of the show. In order to progress the story, you need to complete these missions. At the start, the missions can be easy just so you can catch up. But at the later stages, you may need to repeat some of them as the difficulty increases. In Grand Theft Auto San Andreas, there are over 70 hours of gameplay so expect to play this in the coming weeks. However, if you want to take a break from the missions, you can participate in some side missions or just explore the open-world beauty of San Andreas.

Cloud save support – Another thing that they added for mobile gameplay is cloud save support. What this means is that you can play across all your devices provided you’re part of the Rockstar Social Club Members. This allows you to play whenever you have different devices. You can still enjoy your progress and complete the missions.

Easy controls – In this game, the controls are simple. You just drag the movement wheel to control your character. Then, the right side of the screen is where all the options can be seen such as the fire, jump, and more. In Grand Theft Auto San Andreas, there are 3 different control schemes you can choose and each of them is customizable for convenience. This will allow you to play the game with the highest comfort regardless of what device you use.

Customizable cars – Aside from the missions and the characters, the cars are also an important aspect of this game. In fact, some people only play this game for cars! Why? It’s because there are plenty of them in this game! Grand Theft Auto San Andreas boasts tons of supercars, helicopters, and motorbikes that you can also customize! For instance, you can change the paint color, wheels, engines, shock absorbers, and more! This allows you to perform missions in style or if you want to just explore the open-world goodness of this game.

You May Also Like: Most Popular Smart Mobile Games You Must Play In 2021

Offline gameplay – Another aspect that will have fans rejoice is the fact that this game can be played offline! Well, originally, Grand Theft Auto San Andreas is offline so there’s really not a surprise there. But nowadays, a lot of mobile games require an internet connection just to play so this is a really useful feature.

Grand Theft Auto San Andreas may seem like a simple game at first. However, you’ll soon realize that there is a lot to it than it portrays. With that said, here are the tips for beginners:

Regaining health – Unlike its predecessors, in Grand Theft Auto San Andreas, you can only regain health by eating at fast-food restaurants. There are no health pick-ups that are scattered around the city for convenience. Though you can also regain health by getting arrested that will cost you money.